Johannesburg, or Joburg/Jozi, as the city is commonly known, is the rhythmic centre at the heart of South Africa. Expats moving to Johannesburg won't only find themselves in the country's economic engine room, but also the foremost financial centre in Africa.

Internationally recognised for its role in the country's tumultuous history, the city is founded on gold, dust, contrast and conflict. The pace of life can be frenetic as business people pursue their ambitions and consumers shop with apparent abandon. The name Egoli, given to it by locals and which means "place of gold", refers to the gold found below the ground and the proliferation of wealth above it.

Despite its industrial reputation for mining and commerce, Johannesburg is not without its natural beauty. Its affluent neighbourhoods are spacious, leafy and quiet, and beyond the electrified fences one can find landscaped gardens of
pastoral splendour.

Expat families can enjoy outdoor outings to a range of destinations such as the Johannesburg Botanical Gardens, the Melville Koppies and Zoo Lake. The Highveld game and nature reserves outside the city also provide an opportunity for expatriates to get in touch with nature and contain the country's iconic grasslands and wildlife.

That said, many Joburg locals simply head to the city's mega malls for shopping, socialising and movie watching.

There are downsides to life in Johannesburg. It is a fast-paced, vibrant metropolis characterised by continuous growth, but the shadows of its wealth hide an underside marred by crime and poverty. Kamikaze-like minibus taxis, which function as the most viable public transport, make owning a car essential. Walking in certain areas is also inadvisable due to safety concerns.

And yet, for many, the city remains a beloved land of opportunity which continues to attract thousands of expats and locals chasing professional advancement and their hopes for a better standard of living.

Although the high rates of violent crime in parts of Johannesburg continue to be a cause for some concern, residents can maximise their levels of safety with basic precautions and adequate home security.

Expats often remark on the ideal climate that Johannesburg enjoys, and the weather certainly is one of the major attractions for many people moving to Joburg. Summer is characterised by hot, clear days and spectacular late afternoon thunderstorms, while its frosty winter mornings resolve into dry, warm days.

For those who can afford to live in the relative safety of its wealthy suburbs, Johannesburg offers an exceptionally high standard of living coupled with great economic opportunity. 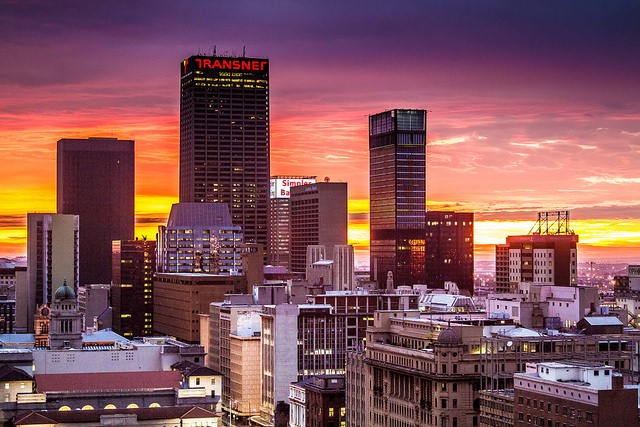